KUNMING, June 26 (Xinhua) — Wang Kangyuan (pseudonym) left the Yulu community sober and clean in 2019, having lived there for about seven years.

Launched in 2008 in Kaiyuan City of the Honghe Hani and Yi Autonomous Prefecture in southwest China’s Yunnan Province, Yulu covers 127 mu (about 8.47 hectares) of land and can accommodate a total of 3,000 people. Its name means rain and dew in Chinese.

From factories and residential buildings to supermarkets and shopping streets, Yulu has almost everything a functional community should have. It has one goal: to rehabilitate people with drug addictions and help them reintegrate into society.

Bordering the Golden Triangle, known for rampant drug production and trafficking, Yunnan is a major front in China’s battle against drug crime and abuse.

“Without stable jobs, it is very easy for recovered addicts to relapse after they re-enter society. Once people are occupied with work, they are not likely to think about taking drugs,” said Li Qian, a police officer working at Yulu.

When Wang enrolled in the community in 2012, he was stuck in the trap of heroin addiction, which had damaged his health and marriage.

Thanks to the programs in Yulu, Wang soon secured a stable job as a logistics worker and received recovery treatment while he worked.

Working alongside people with similar experiences also helped him relax and better adapt to the new environment. He later married a woman he had met in Yulu, and their wedding ceremony was held by the community.

Xiong Guangming (pseudonym), who had also been addicted to drugs, was also able to find a new life in the community.

With an over five-year history of drug abuse, Xiong had undergone many failed addiction treatments, and he had been unable to acquire the skills to find a job.

Persuaded by his relatives in 2009, he voluntarily enrolled in Yulu’s treatment programs alongside his then-girlfriend, who later became his wife, and lived in a 50-square-meter apartment provided by the community at a very low rent.

“The community has many types of jobs, and I started with making apparel,” said Xiong, who quickly acquired the necessary skills to carry out this work. Later, he was promoted to production manager and earned a decent monthly salary.

“I left the community in 2022. Over 10 years in the community had been enough for me and my wife to overcome the potential to relapse,” he said. “My production manager experience helped me secure a job at an apparel manufacturing company in Kaiyuan City.”

Li said the community offers 16 types of jobs that can be assigned to community residents based on factors such as health conditions.

“We want to thank the community for its help. Our rehabilitation time there helped us reintegrate into society,” Wang said.

With concerted efforts, Yunnan has newly witnessed a decrease in its number of reported drug addictions over recent years, and drug control work in the province has also gained momentum.

International Day Against Drug Abuse and Illicit Trafficking is observed on June 26. ■ 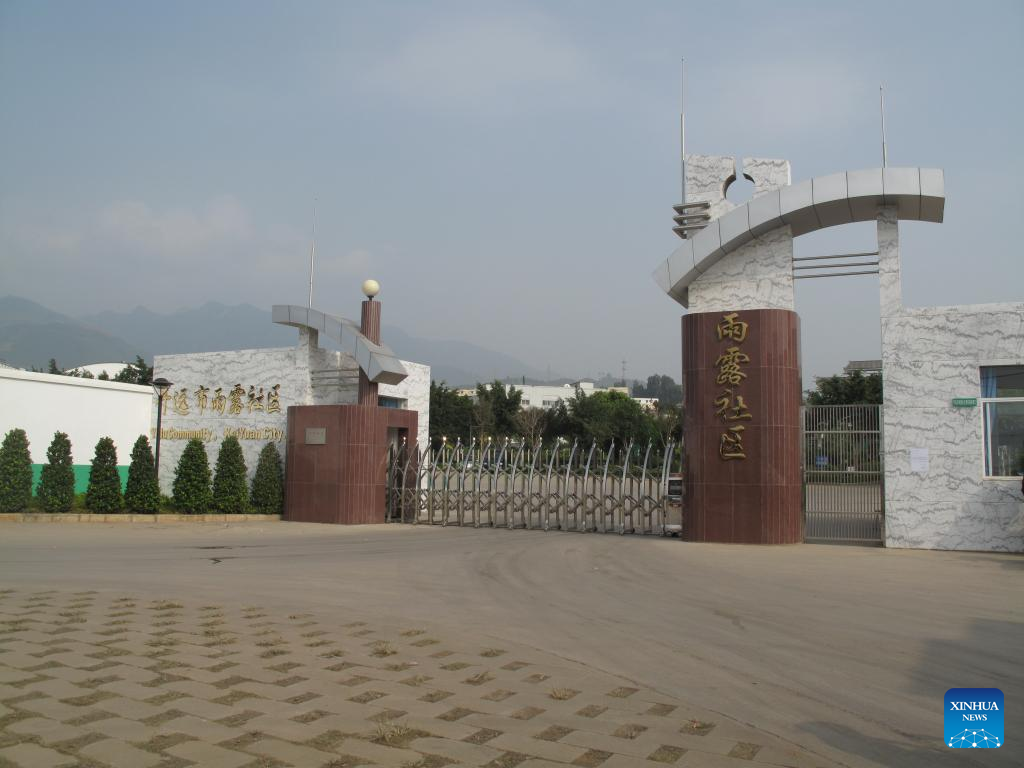 File photo shows the entrance of the Yulu community in Kaiyuan City of the Honghe Hani and Yi Autonomous Prefecture in southwest China’s Yunnan Province. (Xinhua) File photo shows a view of the Yulu community in Kaiyuan City of the Honghe Hani and Yi Autonomous Prefecture in southwest China’s Yunnan Province. (Xinhua)