As the pandemic is not entirely over yet, we are often reminded to comply with safety management measures. A key part of adhering to such restrictions is mask-wearing, which reduces the chances of droplets being shared among people.

However, these two drivers may have missed out on the message entirely. In a now-viral video on Facebook, a pair of drivers in Singapore are seen getting into a heated argument.

One of the drivers spat at the other motorist. He moved to spit back, and only managed to aim at his mask.

The unconventional exchange was met with hilarity amongst Facebook users. Many pointed out the futility of spitting into your mask, while others urged both drivers to talk it out with some composure.

Man gets down from Nissan van & spits at taxi driver

A passenger of one of the drivers posted the incident to SG Road Vigilante (SGRV) on Saturday (30 Apr).

According to him, the drivers of a Nissan vehicle and a ComfortDelGro taxi had gotten into an altercation.

Both gestured at each other with obscene signs, screaming at the top of their lungs, before the Nissan driver spat at the taxi driver. 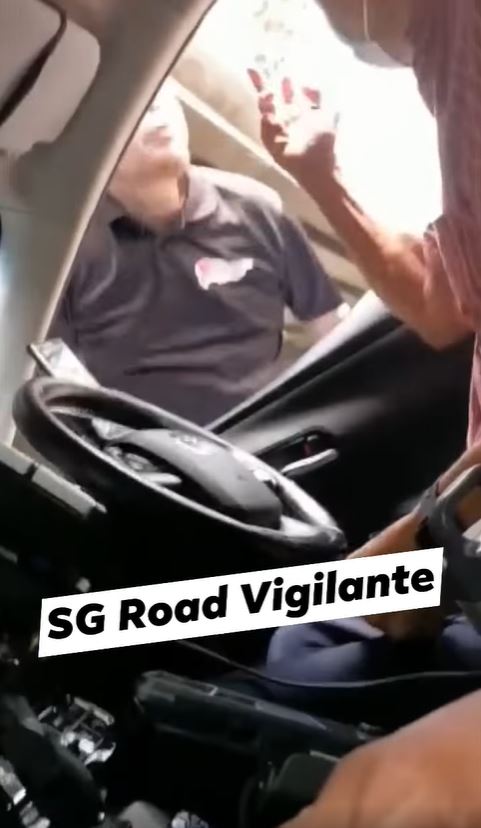 Visibly infuriated, the driver moved to spit right back at his adversary — only to realise his mask was in the way. 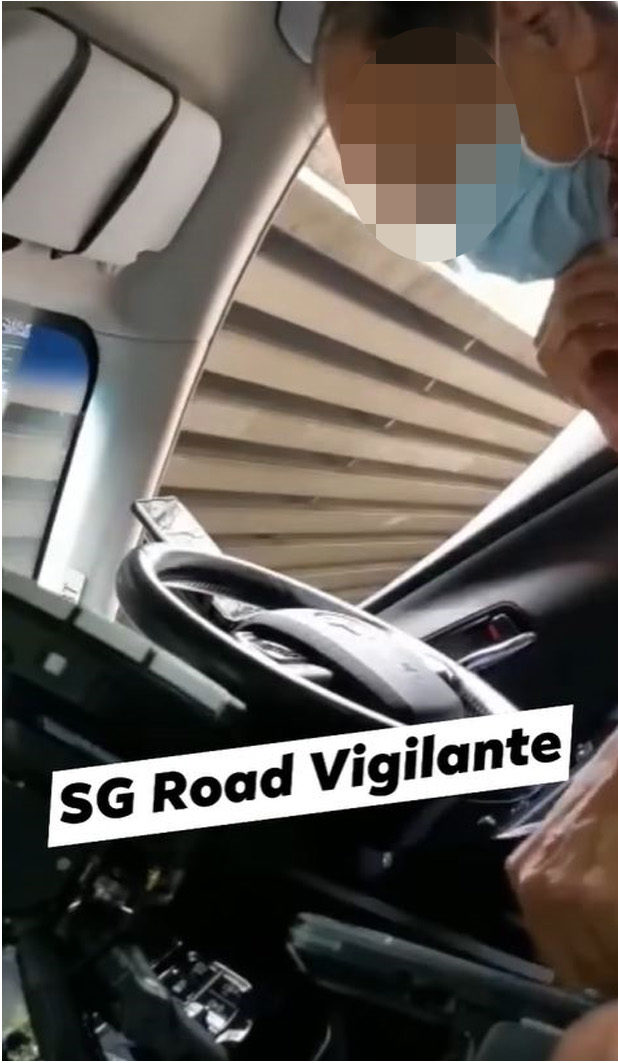 The owner of the Nissan vehicle then retreated, ending the confrontation.

Netizens poke fun at the scene

The incident was undoubtedly nerve-wracking for the OP and his wife, who were passengers in the taxi. Many netizens stated that the motorist should not have resorted to such low-handed tactics against the taxi driver.

Some, however, have found amusement in the situation. After all, it’s not every day that you see someone so worked up during an argument that they forget they are wearing a mask.

One user noted that the driver must have severely regretted spitting within the confines of the mask.

It is awful enough to have to put up with bad breath resulting from wearing a mask — imagine adding saliva to it.

Some commenters urged the taxi driver to take the offending item off just this once and fire back at the driver of the Nissan vehicle.

However, we feel it’s rather commendable for the taxi driver to stick to pandemic restrictions, even raging against other motorists.

Netizens should also note that spitting is a punishable offence. First-time offenders found guilty will face a fine of up to S$2,000.

Keep your cool on the road

We may be in the DORSCON Yellow phase of the pandemic, but that does not mean the Covid-19 is officially over.

So do refrain from spitting, which may expose others to unwanted droplets and germs. And more importantly, keep your cool on the road. There’s no need to be angry and lose your temper. Talk things out calmly and avoid engaging in uncivilized behaviour.

Anyone can whip out their phone these days to film public disturbances. You wouldn’t want to see your face on social media the next day, would you?

Have news you must share? Get in touch with us via email at news@mustsharenews.com.