People all over the world love the smell of VANILLA – but the odours of cheese and sweaty feet are universally disliked, study finds

By Sam Tonkin For Mailonline

It has often been thought that our cultural background plays an important role in the smells we like and loathe.

But a new study suggests that people enjoy or turn their nose up at the same odors regardless of where they are from.

Scientists say the smell of vanilla is universally loved the world over, while the opposite is true for the odors of cheese, apple juice and sweaty feet.

A team of academics at the University of Oxford and the Karolinska Institute in Sweden added that our preferences are determined by the structure of each odour molecule.

It has often been thought that our cultural background plays an important role in the smells we like and loathe. Scientists say the smell of vanilla is universally loved the world over (stock)

This graphic shows how people across the world liked the taste of vanilla, but disliked Isovaleric acid

THE CHEMISTRY OF BODY ODOURS

They produce a blend of odours including sulfur, garlic, rotting eggs and cabbage.

Flatulence is a blend of the same three chemical compounds responsible for bad breath.

The result is a horrible odour reminscient of sulphur, garlic, sourness and cheese.

Underarm odor is largely the product of another three compounds: (E)-3-methyl-2-hexenoic acid, (S)-3-methyl-3-sulfanylhexan-1-ol and 3-hydroxy-3-methylhexanoic acid.

Most people’s sweaty armpits smell of a combination of goat, onion and cumin.

Study author Dr Artin Arshamian said: ‘We wanted to test if people around the world have the same smell of perception and like the same types of odour, or whether this is something that is culturally learned.

‘Traditionally it has been seen as cultural, but we can show that culture has very little to do with it.

‘Cultures around the world rank different odours in a similar way no matter where they come from, but odour preferences have a personal – although not cultural – component.’

He added: ‘Now we know that there’s universal odour perception that is driven by molecular structure and that explains why we like or dislike a certain smell.’

The authors studied nine groups of people with very different lifestyles, im order to test whether a person’s smell preferences were linked to their culture.

Many of the researchers are field workers working with indigenous populations, so four of the groups were hunter gatherers while the other five made their livings from farming or fishing.

Some did not eat Western food or use Western goods very often.

‘Since these groups live in such disparate odiferous environments, like rainforest, coast, mountain and city, we capture many different types of “odour experiences”,’ said Dr Arshamian.

The 235 people who took part were asked to rank smells on a scale of pleasant to unpleasant.

Different people within each group had their own preferences, but there were very few differences between each group. 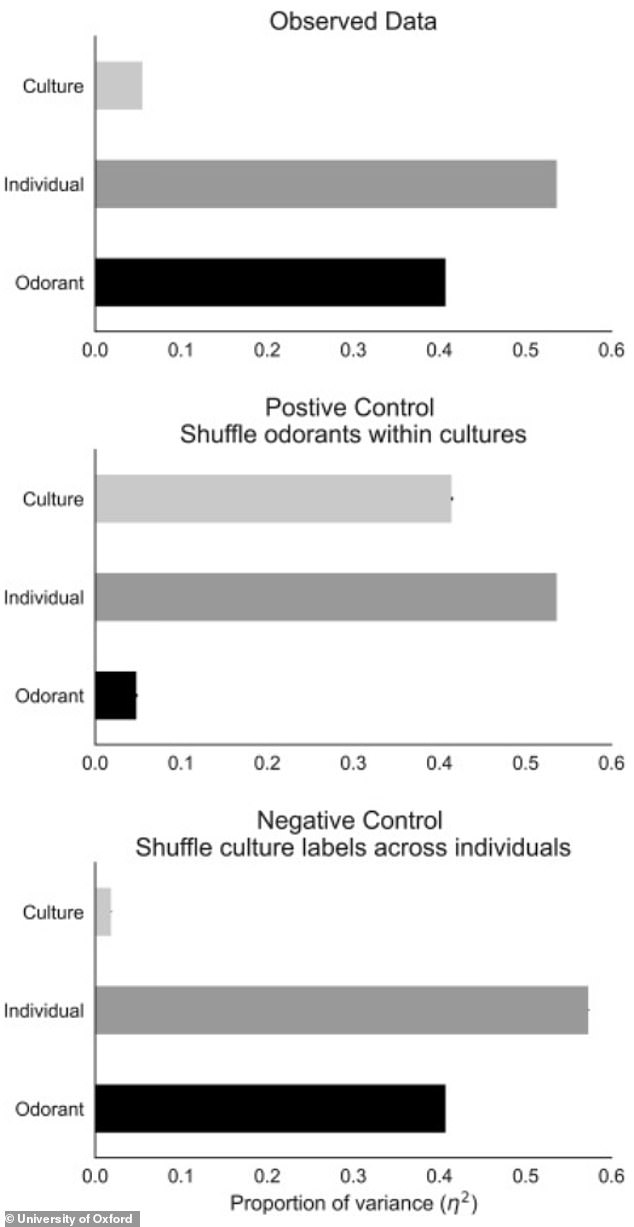 Variation could be explained first and foremost by personal preference and then by molecular structure, rather than culture (pictured in the graphs above) 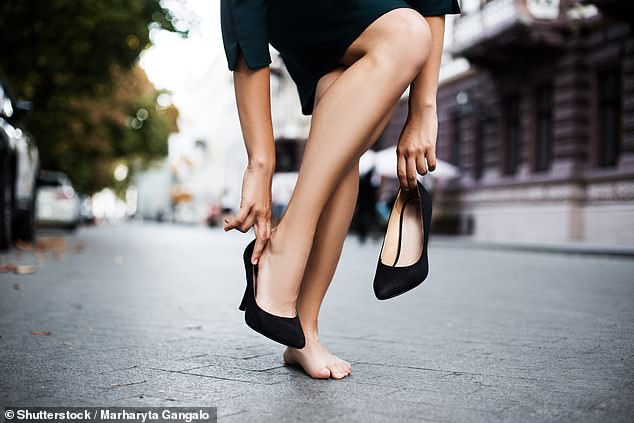 Isovaleric acid, which is found in cheese, soy milk, apple juice and even foot sweat was the least popular fragrance (stock image)

Isovaleric acid, which is found in cheese, soy milk, apple juice and even foot sweat was the least popular fragrance.

Variation could be explained first and foremost by personal preference and then by molecular structure.

The researchers said people may like and dislike the same smells because an ability to sniff out bad odors was useful as humans evolved.

Dr Arshamian said: ‘The next step is to study why this is so by linking this knowledge to what happens in the brain when we smell a particular odor.’

The research has been published in the journal Current Biology.

When it comes to drinking wine, there are a few things that can make all the difference.

Before you even down that first sip, you first need to take a look at the wine in your glass.

‘See refers to the appearance of the wine. This is where you can check the clarity, intensity and colour.

‘If the wine is hazy it could be faulty but more likely unfiltered.’

You’ve probably seen wine drinkers swirl the wine in their glass before taking a sip.

The reason is to allow the wine to ‘open up’ and reveal the maximum amount of aroma, flavor and intensity.

‘Swirling releases the aroma particles that make the next step, smell, more helpful.’

Smelling wine serves two purposes. It helps you detect scents and flavors as well as providing a way to check for faults.

Step 4: Sip and save

Once you’ve taken in the full aroma of the wine, now it’s time to sip.

Unless the wine you are tasting has gone bad, the final step in the process of wine tasting is to swallow.

The trick though isn’t to gulp it down.

It’s more to let it drift down over the back of your tongue to allow your taste buds to pick up the intensity of the flavour.