THE PENTAGON has released 1,574 pages of real-life X-Files related to its secretive UFO program after a four-year battle.

The Sun Online first requested a copy of all “files, reports or video files” related to the Advanced Aviation Threat Identification Program (AATIP) on December 18, 2017.

We filed an a Freedom of Information Act (FOIA) just days after the existence of the shadowy program had been made public.

It includes a government commissioned scientific reports and letters to the Pentagon regarding the UFO programme.

The haul includes reports into research on the biological effects of UFO sightings on humans, sets out categorisations for paranormal experiences, and studies into sci-fi-style tech. 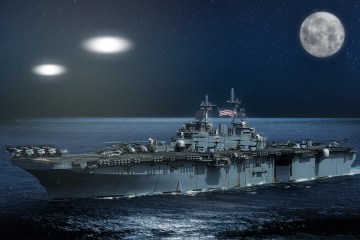 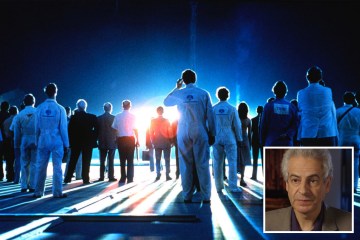 The DIA, the Department of Defense’s spy arm, said “some portions” of the documents “must be withheld in part” due to privacy and confidentiality concerns.

But the agency added the “DIA has not withheld any reasonably segregable non-exempt portions of the records”.

The bombshell Freedom of Information haul includes reports on the DIA’s research into the biological effects of UFO sightings on humans.

And this includes burns, heart problems, sleep disturbances – and even bizarre occurrences such as “apparent abduction” and “unaccounted for pregnancy”.

The report noted that often these injuries are related to electromagnetic radiation – and links them to “energy related propulsion systems”.

And the report – prepared for the DIA – warns that such objects may be a “threat to United States interests”.

Humans have been found to have been injured from “exposures to anomalous vehicles, especially airborne and when in close proximity,” it reads.

The report added said it had 42 cases from medical files and 300 similar “unpublished” cases where humans had been injured after “anomalous” encounters.

AATIP was a secretive Pentagon program that ran between 2007 and 2012 to study UFOs.

It was outed by the former intelligence official turned whistleblower Luis Elizondo, who headed up the programme, back in 2017.

Bombshell videos of unexplained UFO sightings by US military personnel – investigation by AATIP – were also first published at the time.

The revelations on the program marked a step change in the way the US talks about UFOs – now more commonly known as Unidentified Aerial Phenomena (UAPs).

And the phenomena has stepped from the fringe into a serious national security concern discussed by lawmakers, defense officials and even former presidents Barack Obama and Bill Clinton.

One fascinating document included in an Acquisition Threat Support report, sets out how to categorise “anomalous behaviour” – with encounters with “ghosts, yetis, spirits, elves and other mythical/ legendary elements” classed as “AN3”.

Seeing a UFO with aliens on board would be “CE3”.

Studies into advanced technologies such as invisibility cloaks and mind controlled robots are also included in the document cahce.

Other documents obtained include studies into communicating with alien civilisations and plans for deep space exploration and colonization.

The slew of newly released documents contains letters from Senator Harry Reid – who asks for the project to be classed as top secret – and documents about contractors.

It shows how a contract was awarded to Bigelow Aerospace Advanced Space Studies (BLASS) for $12 million – notably the only contractor to bid for the work – to study “advanced aerospace weapon threats from the present out to 40 years in the future”.

His request for “restricted special access program” for the BLASS work was rejected by DIA officials.

Last year, the Pentagon released its long awaited report into what it knows about a series of mysterious flying objects that have been observed in military airspaces over the last two decades.

The report, released on the website of the Office of the Director for National Intelligence, examined 144 reports of encounters with what the government deemed “unidentified aerial phenomenon.”

It comes as the Pentagon is opening a new office to investigate UFOs, their origins and attempts to “capture or mysterious exploit” one of the craft after an amendment to a defense bill tabled in the US Senate.

The dedicated unit is called the Anomaly Surveillance and Resolution Office (ARSO).

It will probe whether or not the strange craft that has been reportedly buzzing the US military are unknown technology from Russia and China or potentially something more alien.