JAMES Argent credited his mum Patricia’s tough love with helping him turn a corner on his life threatening cocaine and food addiction.

The 34-year-old has shed a whopping 14 stone after undergoing gastric sleeve surgery last after almost losing his life to his addiction.

But now, Arg has opened up on the critical role Patricia played in his road to recovery.

“My mum said to me, ‘I don’t recognise my son any more’ – and that really got me,” he told the Mirror.

“It played on my mind and it was a big turning point for me wanting to change.”

Then Patricia made the tough call to tone down her support for Arg after seeing advice from counsellors.

She revealed: “I have got my son back. I’m proud of him.

“It’s been one hell of a journey and it’s kind of brought us closer as a family. I’m not ashamed of anything.” 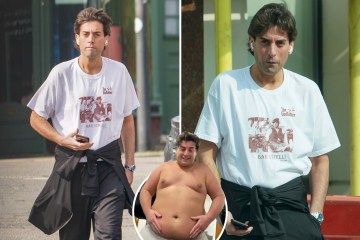 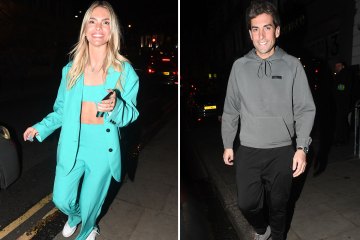 Arg added: “Mum was advised by therapists to take a huge step back and it’s tough because it’s not natural. She wouldn’t want to do it, but she had too. It was difficult.”

Patricia explained how hard it was for her to step away from Arg at his lowest.

“I’m a softy. Obviously I loved him unconditionally, but through learning about addiction I wasn’t actually helping him,” she said.

“I had to walk away, realise I can’t make him better. It was scary because I’ve never turned my back on him.”

Ahead of Mother’s Day, Arg revealed just how important his mum was to him.

“My mum means the world to me. We’re obviously very, very close,” he explained.

“The reason why I bought a house five doors down is, obviously, I feel safer being near my mum, and the fact that we can see each other every day.

“My mum doesn’t need an invitation.

“She lets herself in but the rules are that she has to ring the doorbell first in case I’m not dressed or entertaining friends.”

The former Towie star also opened up about how bad things got for him at the lowest point of his addiction.

“I locked my doors, didn’t answer my phone, no one could get hold of me for days on end,” he said

“There was a time where I was in my bedroom depressed, comfort eating, not seeing anyone.

“I knew big decisions had to be made and I wanted to change once and for all.”

Arg added: “It’s not nice to see your son lying in bed depressed, not wanting to leave the house, not recognise him because he had put on so much weight — and it was a dangerous time as well.

“I have asthma and at 27st, if I was to have got Covid, I very likely would not have got through it.

“So it was not just worrying about my mental health, but physically. It was a scary time.”

Patricia added: “I didn’t recognise him when he had put all that amount of weight on and I was just so worried.

“It was his health. I was petrified. Now I feel like we’re closer as a family. He’s getting on, looking after himself.”

“My mum is a big inspiration to me. She struggled with her weight for years,” he revealed.

“Before I had surgery, my mum actually lost five stone. She made a pledge that she wanted to feel comfortable and look well for her daughter’s wedding day—and she’s managed to keep the weight off.

“I saw what a difference it made to her life and how much it changed her.”

Arg explained: “It was the best thing I ever did,” he says. “It’s important you don’t forget how bad things were – and to make sure I am continually working on myself.

“Now we are positive and moving forward. One day at a time.”

Even though Arg has lost a lot of weight since getting up to 27st, doctors have told him he’s lost a little too much and needs to put some more on.

He told The Sun: “The only problem now is I’ve lost a little bit too much weight and I need to put on half a stone.

“Everyone thinks it’s hilarious, we didn’t think we’d ever be in this situation but it’s one thing or another with me – that’s just me!”

Do you have a story for The Sun Showbiz team?