A LONDON mum-of-three has revealed she hasn’t slept properly in over six years, with her youngest one waking up every half an hour.

Speaking to My London, Ami Mistry, 41, shared her current sleeping schedule, describing it as ”exhausting”.

According to the Sydenham-based super mum, only her eldest child – six-year-old Harriet – sleeps through the night, with the other two siblings still requiring the parent’s attention.

Ami explained that Tilly, 4, wakes up early and her youngest child, Alfie, who’s almost one and a half, is up as often as every 30 minutes.

“They’ve never slept particularly well, to be honest, but at the moment the main trouble is my 17-month-old: if there were four wake-ups a night that would be a spectacular night.

”He’s up quite frequently, sometimes it’s every half an hour – he doesn’t stay up for too long, usually, sometimes it’s up to 20 minutes, or occasionally he might be up for a couple of hours through the night.” 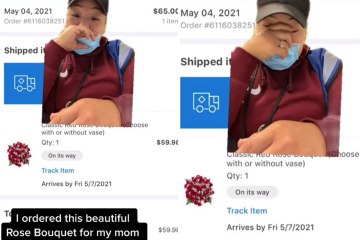 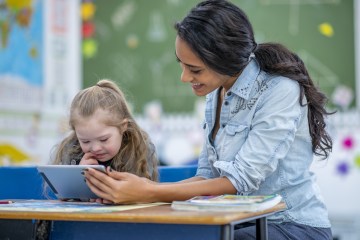 However, despite the difficult nights, Ami still refuses to sleep train her kids.

The mum-of-three explained she doesn’t like the idea of ​​letting them ”cry it out”, as she’s worried it might make her offsprings “incredibly stressed” if they’re left to self-soothe during the night.

“I want to parent them all the time, rather than just during the day,” she said.

While there is a wide array of sleep training methods parents can choose from and research suggests that short periods of crying in the night will not have any harmful long-term effects on the child, the London mum prefers hands-on techniques, strongly disagree with ‘cry it out’ parenting.

Speaking of trying to sleep-train her second child, Ami said: ”I read up on wake times, and tried to go with the flow, but it was awful.

“She was a terrible sleeper, she cried, she had some allergies which we didn’t realise until she was about six months old.

FABULOUS BINGO: GET A £5 FREE BONUS WITH NO DEPOSIT REQUIRED

”I was absolutely exhausted with her – she’d fall asleep and then five minutes later she’d start screaming. It was horrific.

“I’d worry more throughout the night, thinking: ‘If I fall back asleep she’s just going to wake me up again, I’m not going to get any sleep’.

”I’d end up, sometimes, being awake the entire night.

“She didn’t start sleeping through until she was about three, and I just accepted that this is what it’s going to be like, so I became a bit more relaxed about the whole thing,” Ami said.

“[With my youngest]if he’s going to sleep that would be a bonus, but I’m not really expecting him to sleep through until he’s at least two and a half.”

As Ami’s husband is a surgeon in the NHS and therefore needs to ensure he gets as much of a good night’s rest as possible, the A-Level maths teacher Ami does all of the night time care.

She said he did try to help with their first child, but it very soon became clear that it wasn’t an option for him to be sleep deprived.

Standing in front of a class of intelligent A-Level maths students, Ami realised she couldn’t attempt to teach complicated concepts and get teenagers through exams whilst dealing with the severe effects of sleep deprivation.

“A key moment for me was leaving the house with half a can of baked beans in my coffee holder on my pram,” she joked.

Desperate to ease symptoms like brain fog, poor memory and poor concentration, Ami turned to supplements, which would also help to make the little sleep she does get more effective.

The mum-of-three claimed that the ”Power Up”brain health supplement – a blend of 22 beneficial ingredients – which she’s developed as part of her business, Supermum, has improved her life whilst sleep deprived from caring for the three kids.

“For me personally, this is the best I’ve felt in 6 years (bearing in mind I’m older and more busy than ever) and I don’t think I would have been able to juggle everything and launch this business without this product – energy, sense of calm, memory, productivity all up,” the mum said.

No remedy will compensate for a lack of sleep, and sleep is vitally important for both physical and mental health.”

But while Ami seems to be a fan of her supplements – these are ”filled with a potent mixture of Cognizin, herbal nootropics, superfoods, vitamins and minerals” – experts warned that there is no real substitute for quality sleep.

”The consequences of sleep deprivation include brain fog, immunity and heart problems, but the most useful way to combat these problems is to focus on getting a good night’s sleep, rather than taking supplements,” said Dr Clare Morrison, a GP and medical consultant at MedExpress.

”No remedy will compensate for a lack of sleep, and sleep is vitally important for both physical and mental health.’

“Supplements may play a role in getting a good nights’ sleep however,” she added.

“As a GP, I often recommend magnesium citrate, 200mg, taken at bedtime, for those suffering from chronic fatigue and brain fog.

”This can be particularly helpful if there are features of Chronic Fatigue Syndrome and/or Fibromyalgia, a condition which causes widespread muscle pain, stiffness and fatigue.

”But this is to promote deep sleep rather than compensate for the lack of it.

“It can be difficult for mothers of babies and young children to get enough sleep of course, but supplements are unlikely to help.

”Instead I recommend trying to sleep when the baby sleeps, even if that means taking daytime naps and going to bed early.

”Try to enlist help from others, and don’t lie awake worrying that you won’t hear the baby cry.

Sleep deprivation is a huge risk factor for mental health problems, particularly in mothers, and is a major trigger for post-natal depression, anxiety, forgetfulness, and low libido.

”It also increases the risk of physical disorders including increased appetite, obesity, heart disease and diabetes.”