LOUISVILLE, Ky. — For 13 years, teaching was a passion for Jessica Dueñas.

She had worked in Jefferson and Oldham County school districts and in 2019, she was named the Kentucky State Teacher of the Year.

“Obviously, the biggest honor I’ve ever had and because of that, it’s allowed me to impact so many people,” she said.

What You Need To Know

In 2020, Spectrum News 1 met with Dueñas after she donated money from the award so students at WEB DuBois Academy could go on a trip to Washington, DC

“As soon as I got the trophy, I knew that was what I was going to do,” she said in the 2020 interview. “I knew I wanted to take students to Washington, DC”

But outside the classroom, Dueñas had been suffering in silence from an addiction to alcohol, she told Spectrum News 1 last month.

“The more that I drank, the more that I dove myself into my career in a way to kind of make myself feel better about who I was because I was so, so unhappy,” she recalled. “So I was like, well, I can’t be a bad person if I’m a good teacher.”

Then came the pandemic, when Dueñas said a man she had been in a relationship with died from addiction.

“Nobody knew what I had been struggling with. I had kept it to myself,” she said. “When he died, I had like no one to go to and so I immediately relapsed and from there, it was a complete spiral for eight months.” 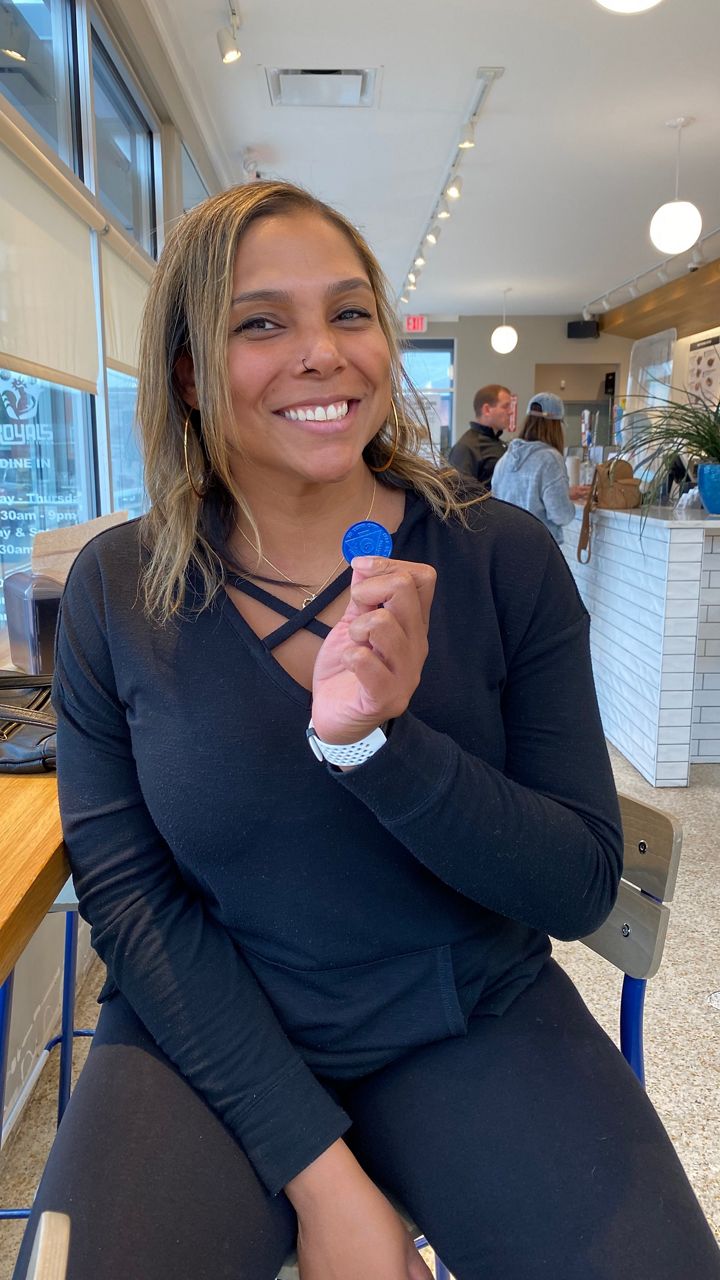 Dueñas was in and out of hospitals until she got into recovery in Nov. 2020, she said.

She had moved to Florida and stepped away from teaching, announcing the decision in an opinion piece for the Courier Journal.

“I just decided to take everything that I thought I had been passionate about and completely toss it to the side because as much as I love teaching and I love my career, I let my addiction get to the point where it escalated so much where there’s no way that I could like try to heal,” she said.

The moment she spoke up, a weight was lifted, she said.

Dueñas now works for a tutoring company in Florida and has been writing about her experiences on a blog called “Bottomless to Sober.”

It’s also the name of a life coaching practice she recently launched for women in recovery.

“What are all the different things that you might want to do now that you have stopped drinking or using that you couldn’t before and what are some of those barriers that are stopping you from getting to your goals and how can we overcome them? ”

Since her sobriety date, she feels strong and healthy and has gotten into regular exercise and salsa dancing, she said.

Dueñas hopes her story will help someone else recognize what she couldn’t years ago — that you don’t have to suffer alone.