Smoking is the leading cause of preventable death and disease in the US While gains have been made to curb smoking rates nationwide, federal health officials are taking direct aim at cigarettes, with the goal of pushing allowable nicotine levels down to a non-addictive level. Will it make a difference? National Health Reporter Erin Billups talks to a leading expert on the issue.

What You Need To Know

“I pretty much take the risk and wish for the best,” said Davon White, who lives in North Carolina. His sentiments echo that of others who smoke, aware of the danger, but unable to quit.

The goal of the FDA’s proposed nicotine rule is to lower the risk of cardiovascular and respiratory disease, and prevent young people from picking up the habit.

The FDA has not announced a specific nicotine threshold yet. Benowitz though, has spent much of his career researching non-addictive levels of nicotine. As far back as 1994, he published a paper pushing for a regulated maximum nicotine level.

“This could be the single biggest step to ending the tobacco epidemic,” said Benowitz.

But some, like White, fear the change would push them to smoke even more. “I’m used to the type of the brand that I smoke. I’m used to the nicotine level. So I think that I possibly might smoke twice as much,” said White.

The research says otherwise. Scientists like Benowitz worked for decades to uncover what would happen if nicotine levels were lowered in cigarettes.

“What all the studies found is that if you have people smoke reduced nicotine content cigarettes, their daily nicotine intake will drop by 70%. Now, not to 95%, because sometimes when they really need a cigarette, they can still find a cigarette that’s got regular nicotine,” said Benowitz. “We found out that people did not smoke more cigarettes. They smoke fewer cigarettes in general.”

It is the smoking of cigarettes that is really dangerous, said Benowitz. “The major cause of the harm is the combustion products rather than nicotine itself. So nicotine is why people smoke. And nicotine produces the addiction and makes it difficult to control your smoking or to quit or to smoke less.”

We spoke to people on their smoke break in Florida, some of whom said the proposed change may be the help they have been looking for.

One man, who did not share his name, said he wants to quit. “It might help us to reduce down the smoking.”

A Florida woman agreed, “I light up now just out of habit because I think that my body craves it. I think if there was less in there, I would be less inclined to care anymore.”

The ruling has been years in the making. First the FDA needed jurisdiction over tobacco regulation, which it got in 2009. Benowitz said scientists also needed time to produce the research. “I think the FDA wanted to get as strong a database as possible.” 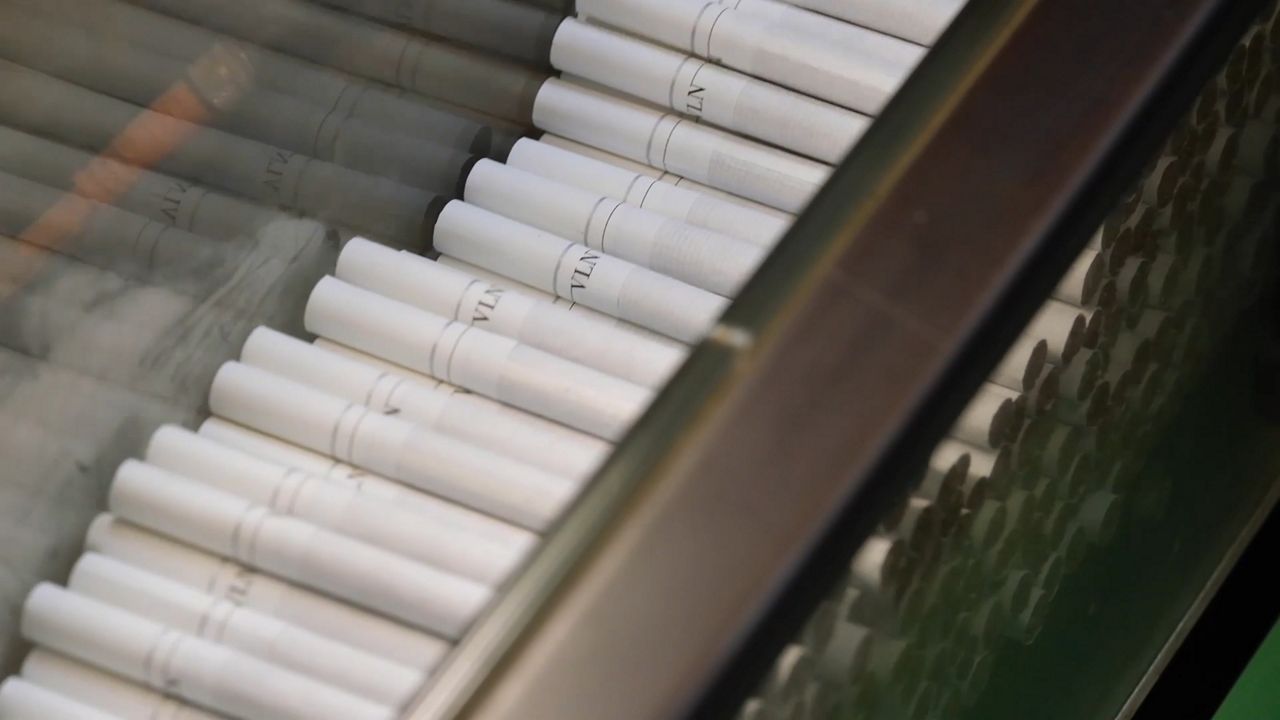 Scientists have spent decades compiling research to support this regulation

While smoking has decreased more than 20% since 2005, it remains high among those who are most vulnerable, like curious teens, people grappling with financial stress and mental health issues, and those with less access to education.

“I think in general it’s a good idea just to try to eliminate it as much as possible to get people away from that habit,” said the woman we spoke to in Florida. “It’s one of the things that I’m okay with the government being in any form of control over it, really.”

Not everyone will feel the same. Experts expect there will be legal challenges with opponents calling the rule prohibition. But today, there are many other options for those seeking higher nicotine levels that are much less harmful than smoking.