WEST DES MOINES, Iowa — Nancy’s ex-husband had been sober for almost a decade when the pandemic hit.

Not long into lockdown, she said his behavior changed. Nancy quickly tied it to drinking.

“He would basically sleep all day and be up all night,” she said.

Side Effects Public Media is only using Nancy’s first name, to protect Nancy and her ex-husband’s privacy.

Listen to this story here.

Nancy, who lives in West Des Moines, Iowa, isn’t certain what triggered his relapse, but said her ex-husband was facing a lot of pandemic-related stressors. He was no longer going to his job due to pandemic closures, and he struggled when his Alcoholics Anonymous meetings moved online.

“He is a social person – enjoys being around his AA friends, enjoys the connection,” Nancy said. “And then when you can’t do that, it is an abrupt change.”

“I was just getting angrier and more upset and didn’t know what to do, where to go,” she said.

A therapist referred her to an Al-Anon group for friends and family of people struggling with alcohol use. She said it helped a lot. But as the pandemic continued, Nancy’s ex-husband still struggled, and was hospitalized several times for drinking.

More recently, Nancy said her ex-husband is doing better. He’s been attending his AA meetings for the past few months. It’s also improved their friendship.

“He is celebrating sobriety right now,” she said. “So we are doing great.”

Since the start of the COVID-19 pandemic, alcohol use has occurred — and the health impacts of increased alcohol consumption are already being seen. The number of death certificates that listed alcohol as a factor jumped between 2019 and 2020, according to a peer-reviewed study by the National Institute on Alcohol Abuse and Alcoholism published in March.

“We found a 26 percent increase in deaths, which is huge given that in the past 20 years, we were seeing maybe about a 2 percent increase per year,” said Aaron White, the lead researcher on the report and the senior scientific advisor to the director at the NIAA.

Factoring in provisional data from the US Centers for Disease Control and Prevention, another trend emerges: Among adults under 65, more people died from alcohol-related deaths than from COVID in 2020.

But even before COVID hit, alcohol use and abuse was already a growing problem in much of the US, including the Midwest. Federal data from 2018 shows states like Iowa, Missouri and Illinois had some of the highest rates of binge drinking in the country. 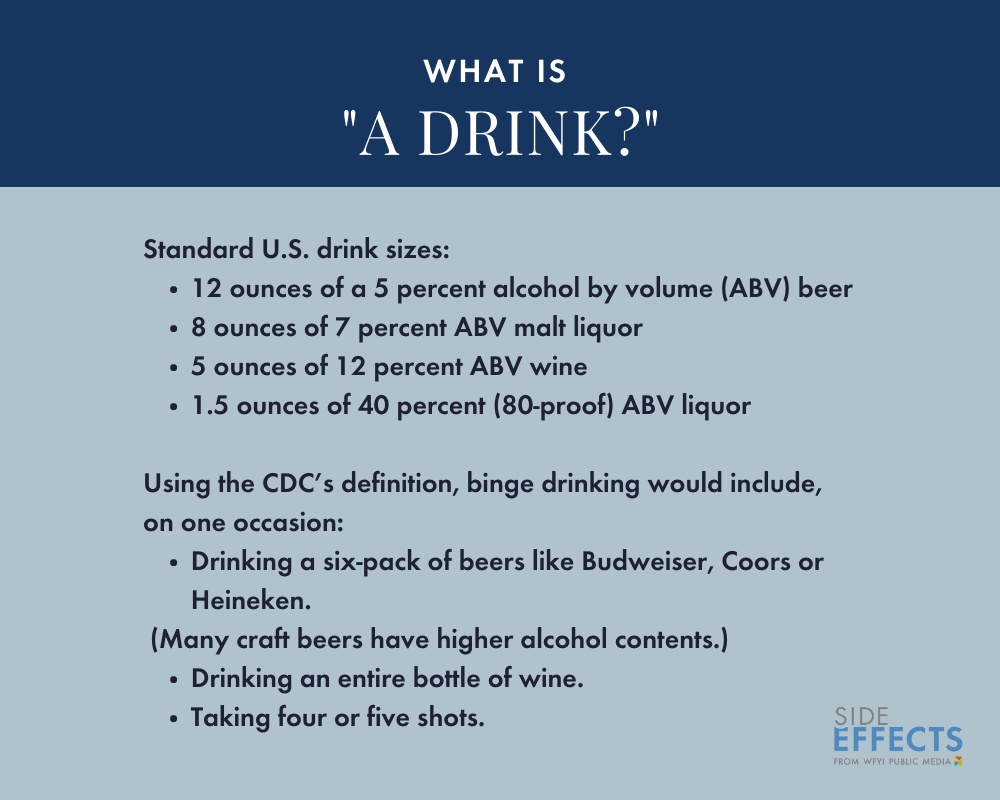 An increase in alcohol use, without mental health support

The federal study on alcohol-related deaths during the pandemic found deaths increased across all age group categories for those 21 and older, with the biggest increase in younger adults.

“People who were under more stress during the pandemic, people who had pre-existing issues with anxiety or depression or heavy drinking were more likely,” White said. “But in general, there was just an upward shift in alcohol use across the country.”

Alison Lyncha psychiatrist and family physician specializing in addiction treatment at the University of Iowa Hospitals and Clinics, said she’s noticed this increase in younger adults, who came in with advanced stages of liver disease related to long-term alcohol use.

“Most weeks, I feel like we see someone who comes in who really has started drinking more during the pandemic … and really hasn’t had any kind of treatment up until now – a year and a half, two years into it,” she said. “And now they’ve got jaundice, and they’ve got liver failure.”

Much of this increase in alcohol use is tied to people struggling with heightened mental health issues during the pandemic, Lynch said.

“I think part of the problem is we didn’t have enough resources for mental health before the pandemic, and now the need has gone up,” she said. “So now, so many people have this need, and they can’t get help.”

There are many treatment options available, from therapy to medication. But Lynch said there’s still a lot of stigma attached to addiction in the health care system, which can make it hard for people to get the best kind of treatment.

“Too much of our health care system focused on addiction has been very judgmental, shaming, high-barrier, low-tolerance, so it’s hard to get in,” Lynch said. “But if you do get in and you have any kind of substance use, they kick you out of treatment. All of that is outdated, and it’s not good care in my opinion, and just the data does not support that.”

On top of all this, Lynch said society overall encourages alcohol use as a coping mechanism.

“We have totally perpetuated this idea that alcohol is an appropriate way to manage stress, to relax at the end of the day, to deal with all sorts of mental health issues,” she said. 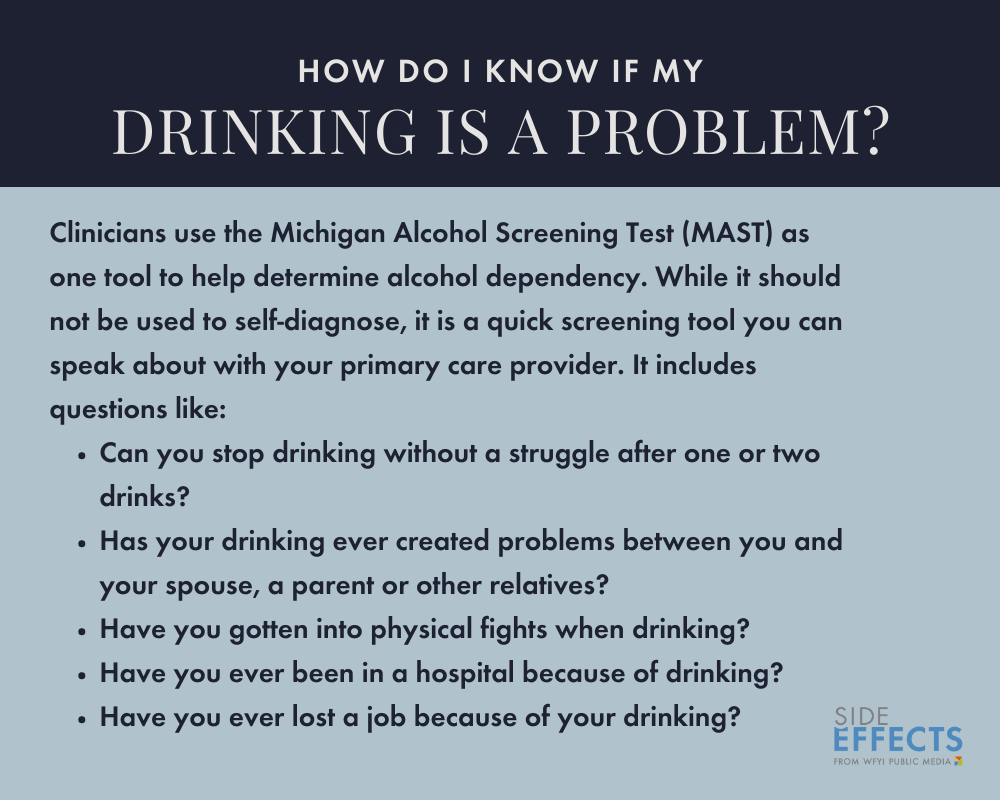 “There’s more licensed establishments now than there really ever has been,” she said. “We allow direct shipping of wine. We allow breweries to sell and refill growlers. We now have third-party delivery of alcohol.”

Schroeder is also an executive board member for the Iowa Alliance of Coalitions for Change and was part of a state health department work group aimed at preventing alcohol-related deaths.

These deaths increased 73 percent from 2008 to 2019, according to state numbers.

“We rely heavily on alcohol to celebrate life events and activities. It’s always at weddings and, unfortunately, graduations – even when they’re high school graduations,” she said. “We celebrate with alcohol. That is a cultural thing for us.”

Some states like Iowa act as the sole wholesaler of alcohol, which means part of the funds from alcohol sales goes back to places like the state’s general revenue fund, local city and county governments, and even substance abuse prevention programs.

Schroeder said this model has pushed alcohol sales as an economic development tool.

“With the number of breweries that are popping up, and the native distillers and the native wines, it has been very much approached in the state as economic development,” she said,

In December, the state work group on alcohol-related deaths put out a report advising the state to take measures to decrease alcohol-involved deaths, such as to increase alcohol prices and public health surveillance and limit the density of establishments that can sell alcohol.

“That is a little bit more comprehensive than, ‘just don’t do it because it’s bad for you’ kind of approach,” Schroeder said, adding that previous state campaigns that targeted binge drinking through public service announcements were poorly received by Iowans.

But Schroeder said she’s hopeful there’s a silver lining to these startling drinking trends, as more people may be pushed to re-evaluate the role alcohol plays in their lives.

“Recognizing, like, ‘Hey, maybe do I have to have alcohol at the high school graduation party? Do I need it to wind down on a Friday night? Or should I be going for a walk?” she said.

Aaron White, with the National Institute on Alcohol Abuse and Alcoholism, said this pandemic has had a “polarizing effect” on alcohol.

“We were seeing more consumption and harm,” he said, “but also more people interested in things like dry January and sober October, and the various months during the year when people often take a break to sort of look at their relationship with alcohol and decide whether they want to keep doing what they’re doing or they want to make some changes.” 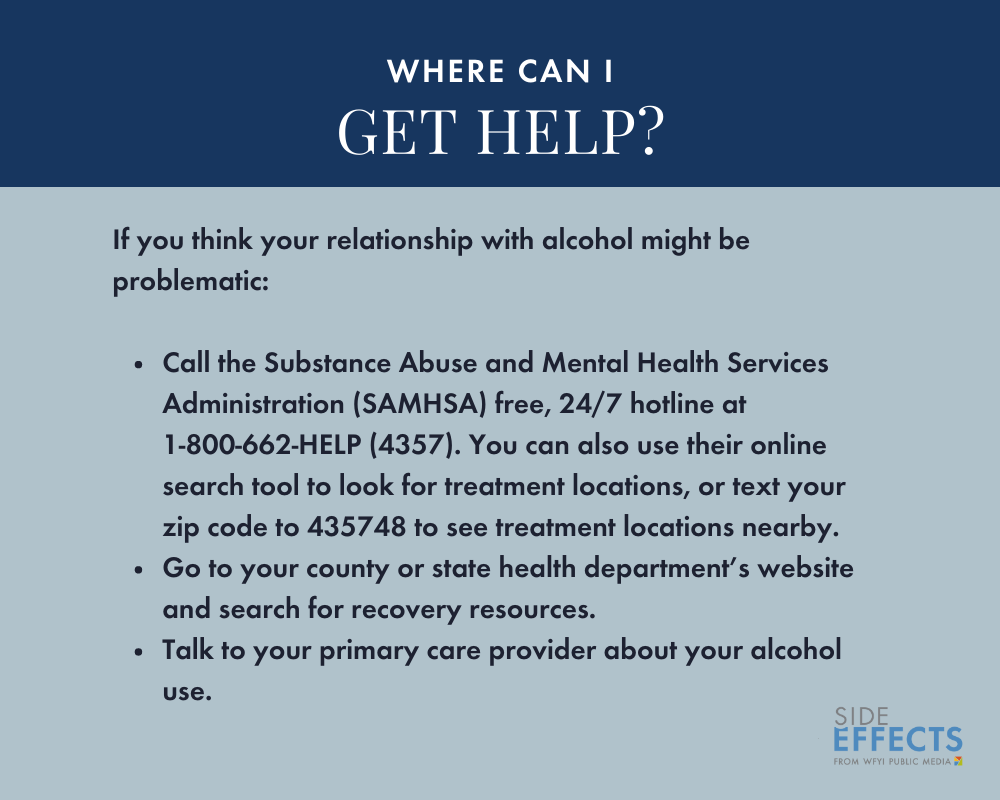 This story comes from a partnership between Iowa Public Radio and Side Effects Public Media — a public health news collaborative based at WFYI. Follow Natalie on Twitter: @natalie_krebs.