Patrick “Pat” Dooley is a Certified Recovery Specialist that supports research at the Penn Center for Mental Health. At least that’s the job he’s paid to do. His real work, however, is on the front lines of the opioid crisis. He’s co-founder of a non-profit called Kensington Cares.

“We were the dudes that went there and just started cooking,” Dooley says, “That’s how it got started.”

The effort morphed from a grassroots effort to something more formal. Dooley says he and his comrades would collect clothing during the week, he’d cook breakfast on Sundays and then they’d head to Kensington and distribute the wares at various locations, like “The Last Stop.” That was the routine before the pandemic – once the lockdowns happened everything changed.

“We had to be, like, outlaws and hit a corner and show up, like, real quick,” he says chuckling, “before the cops would come.”

The initiative has since changed name and scope to deal with the shifting rules of the pandemic. But none of the changes have dimmed Pat’s motivation to serve by any means necessary. Instead- the pull to do outreach comes from his own experiences.

Born in Camden and raised in South Jersey, Dooley says his mom died when he was 12. His dad moved he and his brother to South Philly when he was about 17.

“We always drank a party too much, but it was fun then I guess,” says Dooley, recalling his introduction to alcohol and drugs. “And then the consequences just kept getting worse and worse.” 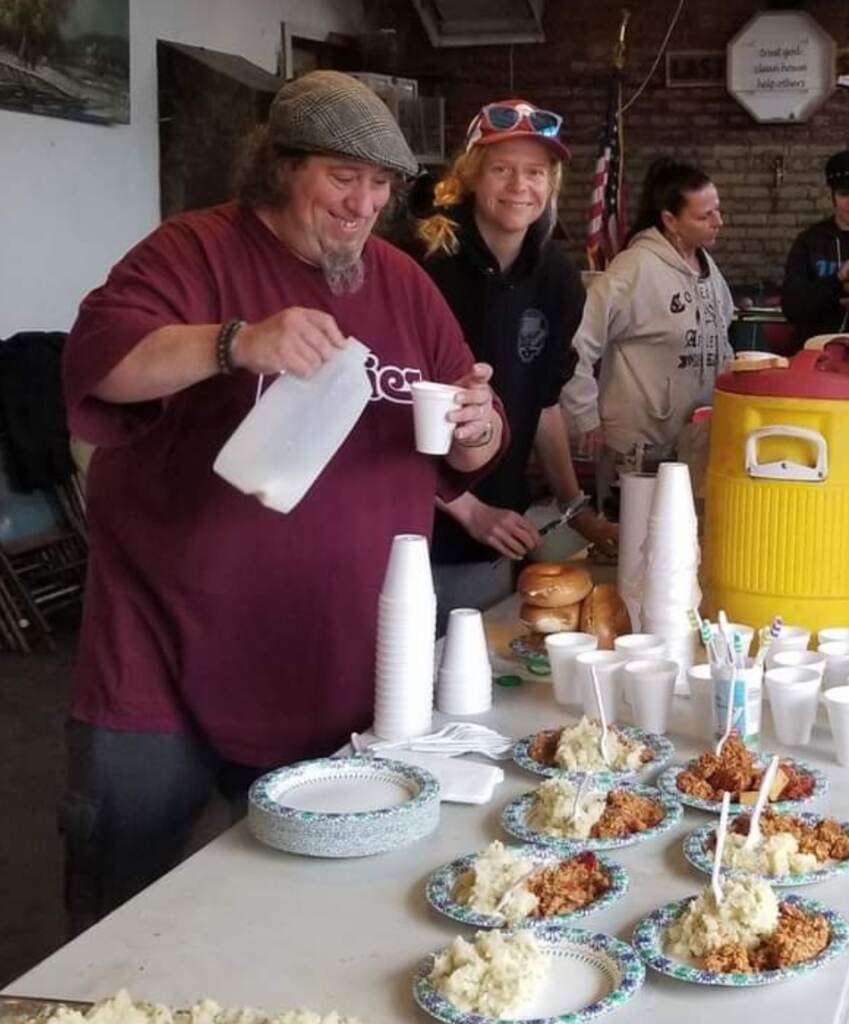 In the late 80s, early 90s, Dooley- says he ran “Pat Dooley’s” a small Luncheonette near Christian and Delaware. A cook at heart, he looked down on his skills and beat himself up. The low self esteem made losing himself in substances more appealing.

“You’re trying to quiet the voices or whatever your little struggle is— I had voices in my head [that said] like, ‘you’re a loser’,” he says, “and I just kind of went nuts.”

“I really didn’t get sober long term until 2012,” notes Dooley, “So you could see that it was a it was a tough journey.”

The breakthrough came while Dooley was homeless in Florida.

“I remember calling my dad and being like, ‘yo, I think I’m having a nervous breakdown.””

Dooley says his father, Chuck, always told him the door would be open “this much,” but it was up to him to open that door. Dooley flew home.

“My dad met me at the airport with, like, a cheesesteak and like, a Wawa coffee,” he recalls.

Dooley says he is enrolled in the Salvation Army Adult Rehabilitation Center and while he fell off the wagon a couple of times, he says this time was different. 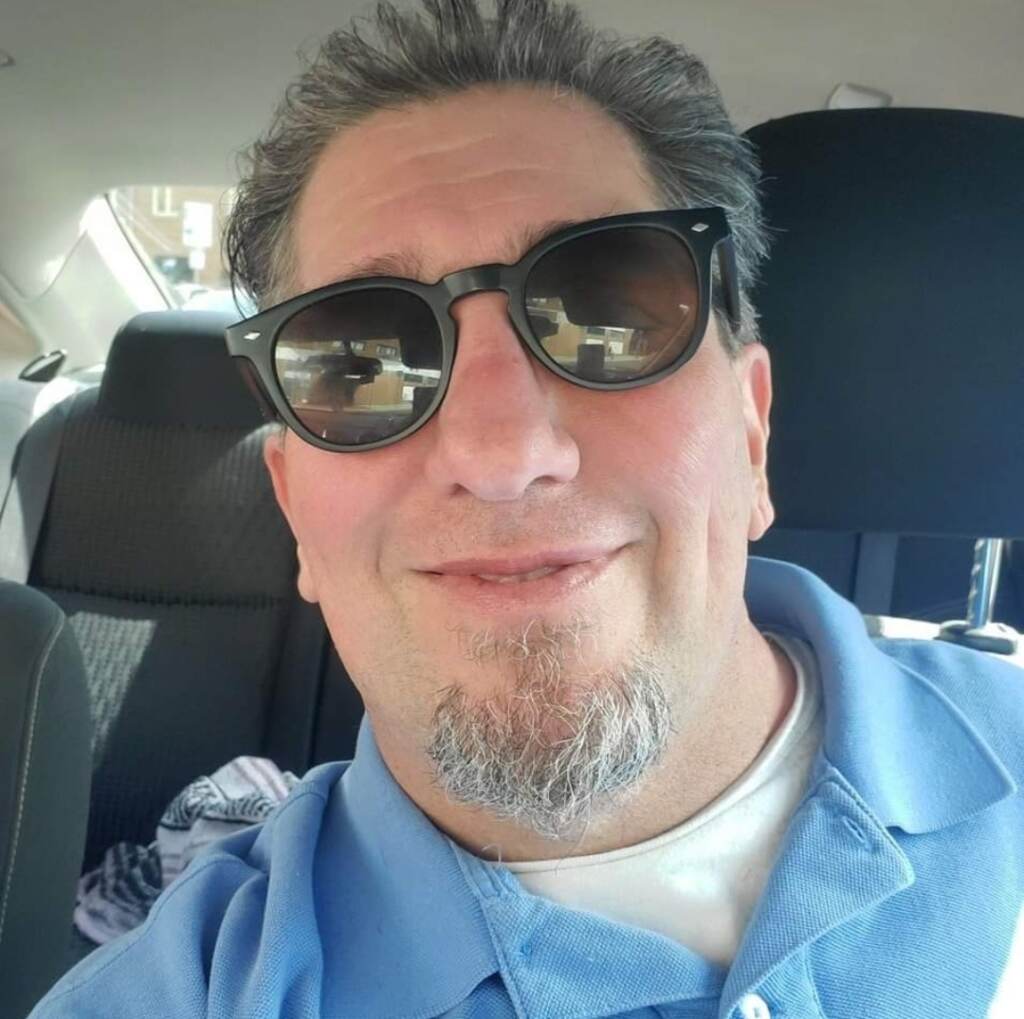 He says when someone is ready to quit— really quit, no one can stop them. And no one stopped Dooley. Ten years after that day- he’s still clean. And his focus now is helping others survive until they are ready to quit as well.

“I have friends and people I love that are homeless on the street in Kensington right now that are, like, in bad shape,” he says “But they cannot stop.”

Dooley offers an empathetic hand of assistance. Something, he believes his father, Chuck, who passed away, would be proud to see.

“He’d say- you’ve become that man I always thought you could be,” Dooley says, “because he always used to say—if you would only use your powers for good- not I’m doing it.”

Dooley recently lost 71 pounds—and is taking care of himself so that he can stay strong and be a beacon of hope for others still struggling.

“He was willing to be in the trenches… every single week without fail in the worst weather in every kind of weather,” says Christina Babb, “I thought, I can’t stand by and do nothing when I know that so many people are in need.”

Babb nominated Dooley for the Good Souls Project. She says she met Pat through a mutual friend in recovery and witness him working in the community. She says his consistency and passion inspired her to donate clothing and other goods to help their efforts. And Babb is not alone. Scores of donors have provided food, clothing, toiletries, first aid supplies, even harm reduction materials because like Pat- they too have loved ones stuck in the black hole. 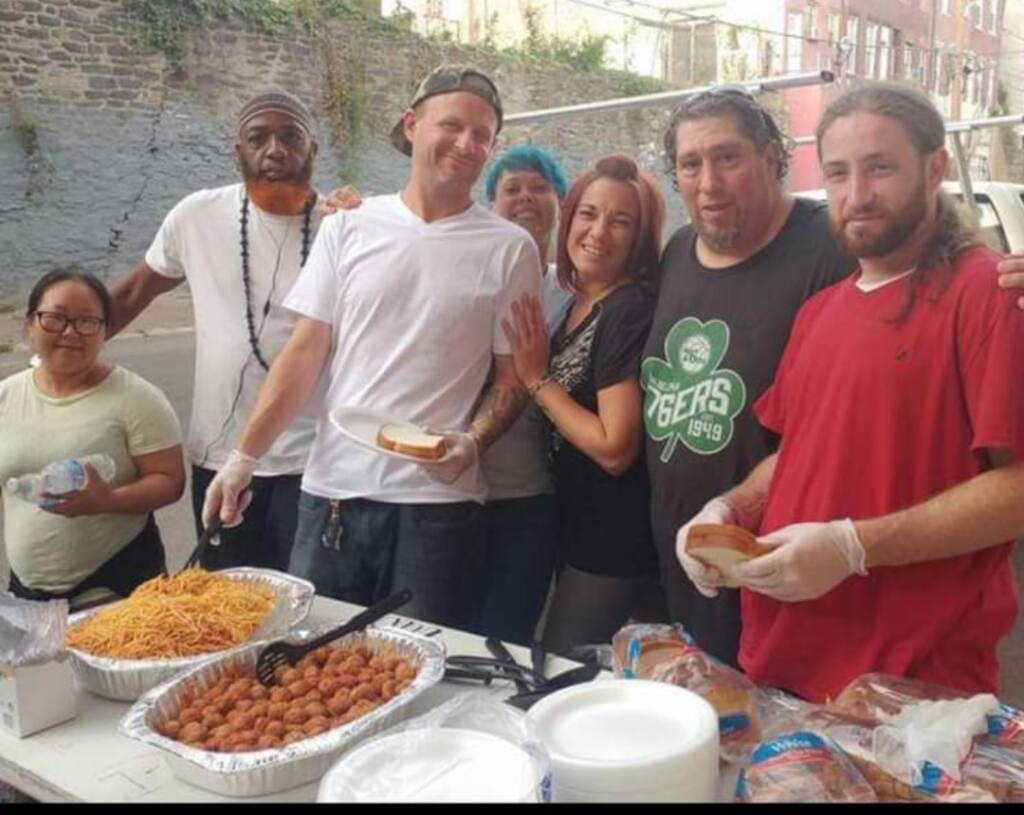 It’s out of the hearts of everybody, you know, but it’s got to be out of the pockets of some people too,” he says, grateful for the help he’s received. “It’s all about empathy— being able to feel something that doesn’t directly affect you.”

“I think that just shows what love really is, says Babb of Dooley, “he’s love in action.

She believes Pat Dooley is a good soul.

“Because he is someone that is just a wonderful example of what a good human is,” she says. “I’m like, This guy needs to be lifted up- so I wanted to toot his horn.

For Dooley- it’s about connecting.

“Addiction is a disease of isolation- it’s separation,” he says, Recovery in this kind of stuff that we’re doing, this connection. And that’s what people want. They want a connection.”

If you know someone who has performed an act of kindness whether it is big or small and you think they serve as an example of compassion, generosity and service- tell us your story, by nominating your person at whyy.org/goodsouls.