Matt Rowland Hill’s exquisite and unflinching debut memoir, Original Sins, recounts his harrowing spiral into drug addiction. Raised in Swansea, Wales, in the 1980s, Hill and his three siblings endured childhood trauma in a home “thick with misery” and dominated by a melancholic, taciturn Baptist minister father and a hypercritical mother who regarded any secular pastime as “the works of the devil.” Hill eventually renounced his Baptist beliefs, became an atheist, and turned to drugs in college to blot his pain, shame, and guilt. In visceral detail, he recounts his descent into intravenous heroin use and the damage it wrought until he found his way to a shaky recovery after 40 days in a London psychiatric ward. Combined with his stunning prose, Hill’s clever use of biblical metaphors—which trace his “Genesis,” “Rapture,” and “Noble Truths”—makes his story of salvation all the more affecting.

Since its beginnings, literature has contained portraits of what we might now call “addiction.” Any addict will recognize the struggle between the mind’s rational and compulsive instincts in Homer’s story of Odysseus binding himself to the mast in order to resist the sirens’ song. st. Paul provides a neat definition of addiction in Romans 7:19: “For the good that I would, I do not: but the evil which I would not, that I do.” And arguably the earliest memoir in literary history, Augustine’s Confessionscontains a vivid description of what we might now call sex addiction.

While working on Original Sins—my first book, which I began writing in rehab with a Bic biro, having sold my laptop for heroin—I turned for inspiration to the countless great authors who have addressed the theme of addiction over the centuries. Here are 10 of my favorites, comprising fiction, memoir, psychology, and political writing.

1. The Gambler by Fyodor Dostoyevsky

Perhaps surprisingly, the first great portrait of an addict in European fiction doesn’t focus on alcohol or drugs, but on roulette. In 1866, a debt-mired Dostoyevsky made an outrageous gamble. In exchange for an advance from an unscrupulous businessman, he committed to deliver a new novel in a matter of months; if he failed, he’d surrender the copyright to his entire body of work for several years. He wrote feverishly around the clock, finishing The Gambler in just four weeks. These circumstances undoubtedly informed the dread-suffused atmosphere of the story, in which the protagonist is surrounded by a colorful cast of chancers, con-artists, and down-at-the-heel aristocrats—all of them, in their different ways, hoping that one last spin of fortune’s wheel will deliver them from their despair. 2. The Legend of the Holy Drinker by Joseph Roth

The Legend of the Holy Drinker is the last novel by the great Austrian author Joseph Roth, written while he was dying of the effects of alcoholism and published posthumously. It’s a short, dreamlike fable about an alcoholic vagabond in 1930s Paris. The beautifully wrought story manages to be both joyous and life affirming, even as the author (and protagonist) face the end of life. 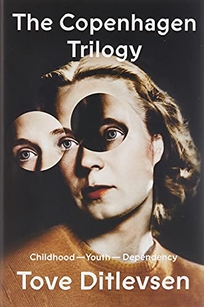 3.The Copenhagen Trilogy by Tove Ditlevsen

These three books by the great Danish author, published not long before she committed suicide, are (for my money) the greatest autobiographical work on drugs ever written. The first two books in the trilogy portraying her unhappy childhood and adolescence, and the final installment, Dependency, shows her near-fatal addiction to an opiate medication called Demetrol. The story of how Ditlevsen abandons her husband and begins a family with a doctor she doesn’t love, simply in order to gain easier access to Demetrol, capture the derangement of addiction—and is exactly as moving and horrifying as it should be. 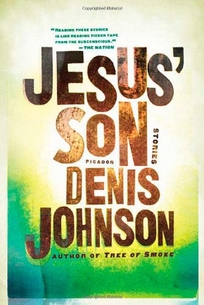 This short book of interlinked short stories gets my vote as the most terrifying, gorgeous, and perfect portrayal of addiction in literary history. Johnson, himself a former heroin addict, rips the skin off his narrator’s life to reveal the beauty and anguish underneath. After several readings I’m still at a loss to pin down how Johnson succeeds in being so transcendently gritty, so brutally compassionate. 5. In the Realm of Hungry Ghosts by Gabor Maté

This is the single best work about the psychology of addiction. Maté writes about his time as a physician working with heroin and crack addicts in Vancouver’s Downtown Eastside, telling the heart-wrenching stories of the people he treated while providing a radical new way of understanding addiction. Synthesizing his clinical experience, deep scientific research, and profound insight into the childhood trauma that triggers dependency in adults, In the Realm of Hungry Ghosts is a powerful call for compassion and understanding in the treatment of drug users—and offers hope for healing and change. 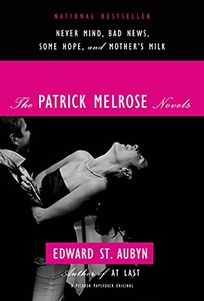 I read these five autobiographical novels twice: once as a heroin addict and a second time in rehab. Together they are perhaps the most powerful depiction of the full life cycle of addiction—from childhood trauma to chaotic dependency to tentative recovery—in English literature. And somehow, they manage to be both terrible and hilarious (often at once). Every addict will relate to the St. Aubyn’s beautifully paradoxical line: “The way other people felt about love, he felt about heroin, and he felt about love the way other people felt about heroin: that it was a dangerous and incomprehensible waste of time.” 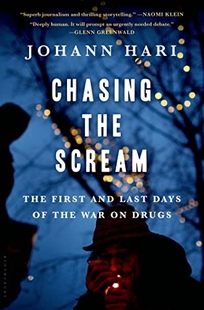 7. Chasing the Scream by Johann Hari

Subtitled “The First and Last Days of the War on Drugs,” Hari’s blazing work is the best analysis of the politics and sociology of addiction there is. It exposes the ruinous way drug prohibition policies have led to epidemics of addiction in western countries—and is a clarion call for a new approach that treats addiction not as a crime but as a medical problem. But the real beauty of the book is in Hari’s irresistible storytelling, in which he relates the personal stories of the people he encounters during his research with novelistic verve. 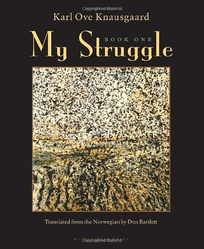 8. My Struggle: Book One by Karl Ove Knausgaard

The first book in the Norwegian author’s epic six-volume autofiction is the best portrayal I’ve ever read of the tragic effects of alcoholism on a family. The author is traumatized by his unstable, punitive father’s parenting—and then watches helplessly as the older Knausgaard drinks himself to oblivion and, finally, death. The scene where Karl Ove and his brother clear up hundreds of empty liquor bottles from their dead father’s wrecked home will stay with you forever. 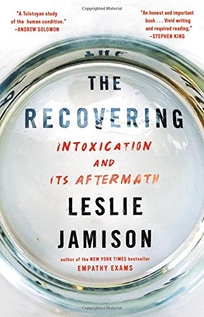 9. The Recovering by Leslie Jamison

There’s no other book like this: it blends literary criticism about great addiction writing, perceptive cultural and social commentary, and gorgeous autobiography about the author’s own alcoholism and recovery. Jamison is one of the wisest and most elegant writers currently at work. An alchemical book that manages to turn heartache and sorrow into literary joy. 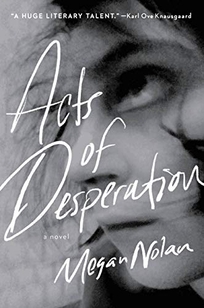 10. Acts of Desperation by Megan Nolan

As the first book on this list shows, addiction doesn’t necessarily involve alcohol or drugs. And the protagonist of Nolan’s novel is no less ensnared in dependency than a junkie fiending for a fix—except her addiction is to the love of a toxic man. Raw, unflinching, and coruscatingly honest, Nolan’s writing captures beautifully the way love can shade into toxic obsession—and establishes her as one of the most exciting young talents at work in fiction today.